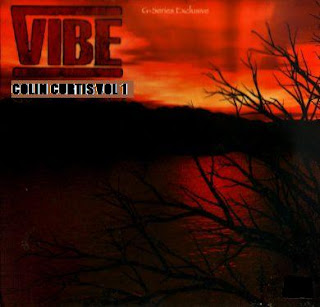 Here is a mix of Soul tunes that is the first of a series I am doing called Soul Cassette.I am trying to capture the magic of combining great individual tracks together to emulate the way I used to put together tracks to listen to in the car etc.
The Tracklisting for this Volume is
1.Just Because - THE VINTAGE GROUP (Derek L.Smith,Joseph Francois,James(Slim)King,Greg Thompson)2001 cd
2.Tell Me - Willie Clayton (penned by General Crook)
3.Just You and Me - JUGGY MURRAY
4.Turn The Lights Down Low - Willis Dempo
5.LEAVE A LIGHT ON - BRYAN LOREN
6.Heaven - John Butler
7.COLOR MY LOVE - LONNIE LISTON SMITH
8.BROTHER TO BROTHER - CALVIN ROMANCE
9.BROTHERS THEME - WILLIE HUTCH(The Mack Is Back cd)
10. Love Me Kiss Me- CALVIN ROMANCE
11.Call Me - Kenny Smith
12.FREETIME - TONY MOMRELLE
13.TOO LATE - OTHELLO
14.I Can't Resist - Altitude
15.KEEP COMING BACK - SHADY GRADY
16.BRAZILIAN NIGHTS - EDDIE HALL
Enjoy and hit me back !!
SoulCassette by ColinCurtisSoulCassettes
Posted by Colin Curtis Connection at 02:22 2 comments:

THE PHILADELPHIA SOUND THE MAGIC OF SIGMA STUDIOS

This is fascinating ! A short film being used to promote the new
Dimitri from Paris presents "Get Down With The Philly Sound"
by BBE Music CD.A real piece of history laying out what was essentially
the "magical" engine room at Sigma Studios.All the players that created that Philly Sound that we all know and love !!
A film about the creators of Disco and the Philly Sound.
Featuring the Founder of Sigma Sound Studios, Joe Tarsia.
As well as the legendary Earl Young of the infamous Baker, Harris, Young Rhythm Section.
Additional footage of Vincent Montana and Bobbi Eli, Jimmy Williams and Tom Moulton.
Hear the real story about the music that changed Dance and Club Culture.

Dimitri from Paris presents "Get Down With The Philly Sound" from BBE Music on Vimeo. 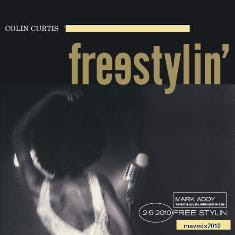 Ccmixmay2010 by CCM
Posted by Colin Curtis Connection at 19:05 No comments: 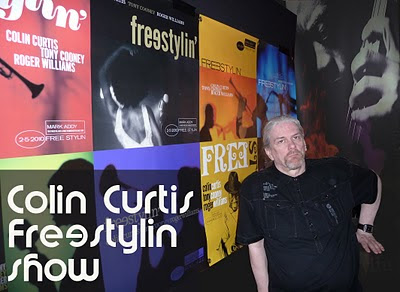 Colin Curtis Freestylin Show (with Teecee)
Colin has been asked repeatedly over the years to produce a radio programme and as of Saturday the 8th of May you need wait no longer. The show is scheduled for 8pm UK time and repeated later in the week. Taking part this time around is yours truly.

I have played this game now for over 40 years it has become the soundtrack not just to my life but to thousands of others too.I have spent most of those years in the twilight hours in some fantastic atmospheric clubs from opulent to seedy with some incredible people who shared my passion for Soul Jazz House NuJazz Music.Over those years I have covered all genres of black music and continued to move forward as I have always found it impossible to stand still.From the heady days of The Golden Torch and Blackpool Mecca in the 60's and seventies,through Rafters Cassinellis Berlin in the 70's and 80'S to the Weekenders at Blackpool,Southport and New Soul & House nights in the nineties through to NuJazz and Soul of today.A time when I Dj'ed mainly in my own Bermuda Triangle of Manchester,Birmingham and Nottingham.I find that progress after the initial furore and impact of something new always leaves a positive addition to these musical genres.This for me has been the best ride and the best job that anyone could have.To be witness over the years to some of the best music of the US & UK presented by some superb innovation by passionate Dj's who share my ethos. These Freestylin' shows will hopefully include something for everyone at some juncture that has trodden this musical path for the last 40 years or at least part of it.The initial shows represent the impact of our current Freestylin' theme in the North and Midlands featuring initially the vibe of Tony Cooney the inspiration behind the Frodisia Sessions at The Hilton Luxury Weekenders in Blackpool and Birmingham who now teams up with myself and Roger Williams for Freestylin' @ The Mark Addy in Manchester.So a mix of all things Jazz through Soul and House will ensue. I just felt now was right to try and rededicate some of my time to Radio and hopefully some of you can join me 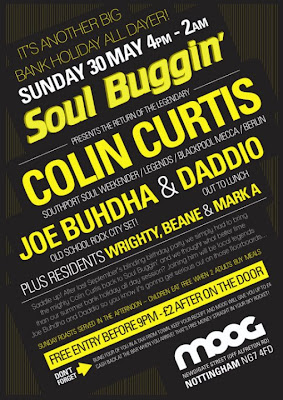 Blimey it's another Bank Holiday and after the brilliance of the Buggin Boogaloo event at Easter we knew we'd have to pull out all the stops for this one. To this end we've gone and invited our strongest line up yet.

What to say about the legend that is Colin? He has been at the forefront of soulful music for over 40 years and was one of the major players in the Northern Soul scene, the Jazz Dance scene and also the Soulful House scene. He's been resident at Blackpool Mecca, Golden Torch, Rafters, Berlin, Legends & Rock City. Regularly cited as 'The DJs DJ' he has influenced many major players in the scene.

Greg Wilson - "Best jazz DJ on earth''
Bill Brewster - "Colin Curtis is one of the greats of British DJing"
Blues and Soul - "A DJing great"
Ashley Beedle - "Colin Curtis, the man as far as I'm concerned".

Well after last Septembers brilliant Birthday session we just had to have the man back and this time he's gonna be playing two sets, a connoisseur soul and jazz dance one earlier on, and an upfront soul and house one at peak time.

Nottingham producer and DJ Joe is going to be playing an Old Skool Rock City set harking back to Colins legendary sets at the Nottingham behemoth. Joe is best known as a hip hop producer who has worked with some of the biggest names including Chali 2Na, Akil, Rodney P, El Fudge, Klasnekoff, Talib Kwele, Estelle & John Legend.

Local legend Daddio makes a welcome return behind the decks at Soul Buggin'. He can be seen regularly at Nottingham's Jazz Dance session Out To Lunch, both on the dancefloor and behind the decks and ran his superb night Roadblock, where he played a high quality mix from funk to soul to boogie.

Helping out the esteemed guests will be those Soul Buggin' residents Beane, Mark A & Wrighty.

We kick off at 4 in the afternoon with Moog supplying their quality roast dinners until about 6, or until they run out which may be sooner, and kids are welcome to join us until 7. Entry is free until 9p.m. and then it's the bargain price of £2. 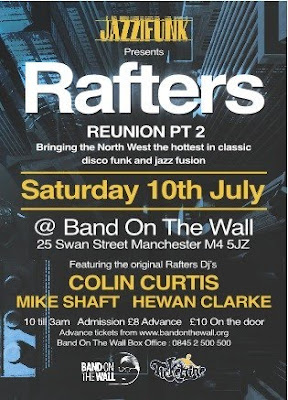 Are you going?
UPDATE
Information